Notice a Loss in Keyword Ranking? Here’s How to Analyze.

Have your Google rankings started fluctuating suddenly? Do you need to reassure other stakeholders that you have a handle on it – even though you might not understand the cause?

Most sites experience some ranking fluctuations or drops every now and again. Sometimes, the search engine is testing something new in the SERPs or making updates to its algorithm, which results in shifts in ranking positions. Other times, the development or SEO teams change an element on the site that trips keyword positions.

In many such cases, search results rectify themselves and rankings go back to normal pretty quickly.

But, as many of us know from studying and reporting on our keyword rankings, there are also those situations when they don't return to their previous state. Your rankings might actually seem worse with each passing day, affecting organic traffic, CTR, and overall business – yikes.

But, is it a need to panic? Rankings can see volatility, after all.

I’ll show you how to analyze a sudden change in keyword rankings, get a good handle on the reasons behind it, and come up with a plan to recover your rankings.

Before we get to that, here's a quick overview.

Why Do Keyword Rankings Fluctuate?

In the past, rankings would tend to hold off, unless another site gained enough authority to outrank you. These days, however, you experience more and more fluctuation. In most cases, they aren’t anything to worry about, and their reasons are clear:

Sometimes, however, you have to get to the bottom of things to analyze the sudden rank change.

How to React to a Rankings Drop: Don’t Panic!

As I mentioned briefly above, every site experiences some ranking fluctuations. These could be as simple as an incorrect preferred landing page ranking for a keyword for a day or two. Your site could also lose rankings completely due to a Google penalty (or another reason – more on this in a moment).

As an SEO or digital marketer, it’s a dreadful moment to come to the office in the morning and see this on your SEO dashboard:

So, what should you do?

As said, don’t panic. Learn why the drop in the rankings has occurred. Investigate the amount of fluctuation and explore reasons that could have caused a drop in positions.

There are a few things to keep in mind when you look at the example above:

There could be many other reasons for the drop, in fact. So, rather than panic (a natural reaction, I'll admit), your job is to analyze the situation and discover what has really happened.

Most of the time, there is very little that can be done in the moment to lift the drop. There is rarely a single thing you could do to change and reverse the situation.

But you can analyze it and provide reassurance to other stakeholders that you have a good handle on this and will be working toward lifting the drop in due time.

How to Analyze a Sudden Drop in Rankings

I recommend a 4-step checklist approach to analyze a ranking drop. It relies on using data and analytics to answer these questions:

Let’s go through them in turn.

First, you'll want to evaluate which specific page types or content types were affected the most. Knowing this will help you prepare the plan of action to revert the drop.

In Rank Intelligence, sort the results by Page to see a pivot of the keywords table, where the ranking pages' URLs are shown along with their selected metrics. This view (shown below) gives a clear picture of each page's average rank and the change over a set time period.

(Rank Intelligence showing the change in Pages' average ranking over a month's time.)

You can also filter Rank Intelligence by Folders to see a pivot of the keywords table, where the ranking folders are shown along with their selected metrics (Average Rank in this case). This reveals where the change in ranking is occurring.

(Rank Intelligence showing the change in Folders' average ranking over a month's time.)

Can you see how this simple exercise revealed where I should focus my efforts to recover from the drop? From here, you can assign your content marketing team to address content optimization efforts or adjustments.

The next question to answer is how many keywords have been affected. Or, to put it differently, how severe was the drop?

First, establish when exactly the drop has happened. Go to Rank Intelligence and select the section of the traffic graph around the change.

Not a client? Refer to your current SEO rank tracker tool for how to address this challenge. We've put a list together here: What Are the Best Keyword Rank Tracking Tools?

The platform will zoom in on that information, allowing you to pinpoint specific dates when the drop occurred. The owner of this site, for example, will quickly see that the drop occurred between September 19 and 21.

What could I do with this information? Well, for one, I can check if there were any announced or suspected Google algorithm updates around that time.

I can also dig deeper and analyze which keywords were impacted, how many of my keywords have moved, and where they went.

Based on the report above, I know that not all of the keywords dropped. Since my rankings weren’t wiped out entirely, I can assume that the drop didn’t happen as a result of a penalty.

So, did the drop occur around keywords ranking on position 1, mostly? Or were these pages typically ranking somewhere on page 2?

A lost keyword ranking can happen for a number of different reasons. So, you must establish why it happened to you by ruling out a possible manual penalty. If this is the case, Google will notify you through Google Search Console, wherein you will be required to address the infraction of their guidelines.

If it's not a manual penalty, we recommend forming a hypothesis about your lost keyword rankings:

How do you answer it?

Well, to tackle the first question, all you have to do is identify what changes the webmaster or SEO team has made to the site within 7 days prior to the drop.

Were there incorrectly placed redirects, for example?

Tip: Use our built-in crawler to compare two crawls side-by-side to discover what has changed between two crawl dates.

Having that list will help you identify whether any of those changes could have impacted the rankings.

The other three questions I listed above will help you target the other hypothesis – Google conducting an algorithm change.

The final piece of the puzzle is to identify who got my rankings. Whom did Google decide to replace me with in the SERPs?

Before I show you how to find that out, let me tell you why it’s important that you do so in the first place.

It’s only natural to assume that a competitor has taken over your keyword positions. But that’s not always the case.

The chances are that Google has propagated Universal Ranking Types there, and these have pushed your rankings down.

Understanding who occupies your positions now will inform your strategies, too. If it’s a competitor who took your rankings, then you know that you can overtake them. Perhaps you need to enhance your SEO strategy by improving your content or conducting more link building – be that through internal linking strategies or acquiring backlinks – but you can recover.

However, if Google has changed the SERP and pushed Universal Ranking Types, then, there’s nothing you can do to rectify that. (Unless, of course, you decide to optimize your content to join the search features.)

So, how do you identify where your rankings went? Simply analyze your competitors’ ranking changes for the time frame around the drop.

From the Competitors’ Report in seoClarity, I can see that two particular competitors of the site I’ve been analyzing gained rankings while my site dropped.

From then on, I can analyze those sites’ traffic and pages, and identify why Google might have started considering them as a greater authority than me.

Ranking fluctuations happen, and, for the most part, are nothing to worry about. There may be a new Google algorithm update or a test of something new in the search results. Or perhaps a recent change to the site has triggered the drop.

However, it is important to learn why there has been a sudden drop in the rankings.

In this post, you've discovered how to investigate the amount of fluctuation and explore reasons that could have caused a drop in positions.

All that remains is to implement this process to analyze your rank fluctuations. Good luck!

Mary Kate Mack
Mary Kate is the SEO Content Manager for seoClarity. Her favorite part of the platform is Content Fusion. "As someone who lives and breathes content creation, Content Fusion is the best resource for creating the best content and better search visibility. It's powerful and continues to amaze me!" You can learn more about Mary Kate in her bio video located in the global link. 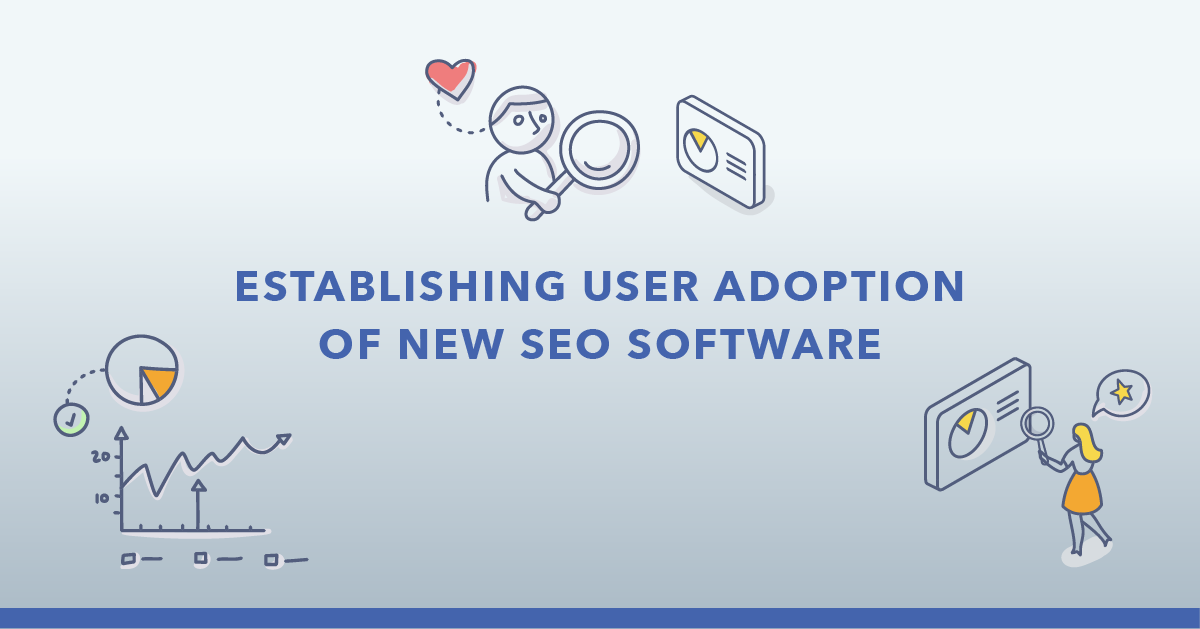 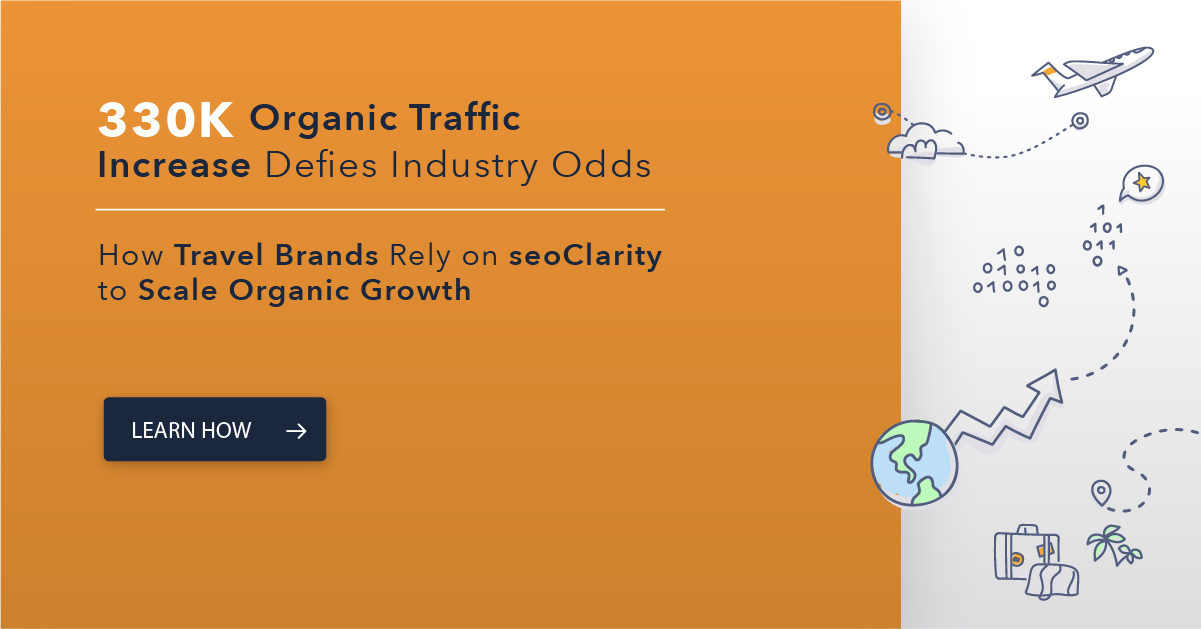