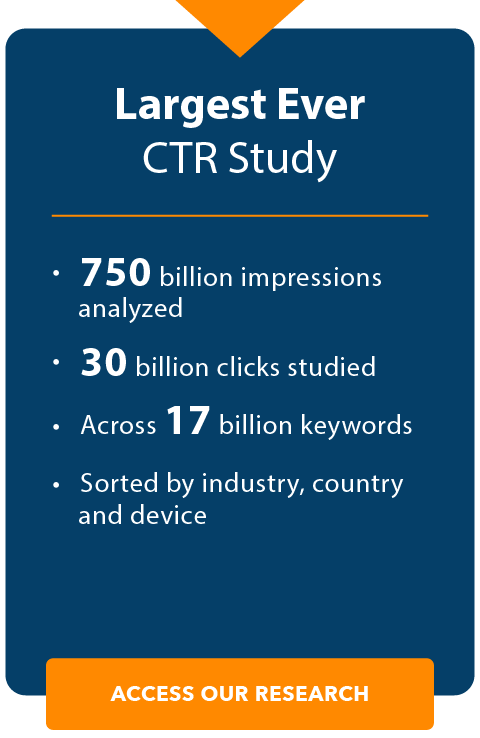 My Rankings Haven't Dropped but My Organic CTR Tanked - Help!

Has your organic click-through rate dropped suddenly, even though keyword rankings remain the same?

Or maybe you receive fewer clicks and less traffic from organic search in spite of maintaining the same ranking positions as before.

At seoClarity we've been tracking this issue for a while. What we've observed: the correlation between ranking position and traffic to a site gets lower all the time.

This is evident in our 2021 click-through rate research findings — CTR is at an all-time low. Discover your industry's CTR benchmark in the LARGEST CTR study ever conducted, available now.

Fortunately, we have a solution that will restore your confidence in rank tracking. More about that below, but first let's examine why this disconnect between traditional ranking and performance is happening.

The Evolution of SERPs

I’m sure you remember the famous ten-blue links. That’s how it all started, after all.

In the early days, a Google SERP would include nothing but a list of ten links to web sites, along with their descriptions.

There were no pictures on the SERP page, no ads or anything else except the organic search results.

Then, ads appeared. Later they moved from the sidebar to the main results column, now competing with the organic results.

Not long after that, the search engine started including images in the SERP. Then, it added videos, local results, answer boxes, People Also Ask, knowledge panels … an almost endless list of features.

Watch how the SERP changed over time for the query "hotel":

Our State of Search research uncovered more than 1,200 search features in the SERPs. Only a few of those show for any given query, of course. Nonetheless, the fact remains that the ten-blue links SERP no longer features the blue links only.

In some cases, in fact, it hardly features any blue links at all. And that’s in spite of the page being filled with useful information for the user.

But there is a very good reason for all those changes and new additions to the SERP.

At its core, Google’s mission is simple: deliver the most relevant results to users.

And, since it can now better understand the intent for the search and the context behind the search query, it also knows (or at least tries to find out) what content will engage users the most.

That’s one reason why Google, most likely, sees zero-click searches as a failure on its part. After all, every time a user has to define the object of their search further to find the information they want suggests that Google hasn’t delivered that to them in the first place.

Which brings us to our problem …

Each of those things reduces the possibility of your organic listing to attract clicks and visitors.

But here’s the important bit: in either case, your rankings, as reported by rank trackers, may not change.

That means it's possible your #1 ranking for a keyword might actually be at the bottom of the page! Even if it isn't pushed down that far, it might be forced "below the fold," meaning searchers have to scroll before it is visible to them.

Consider the example of a search for "shower doors" shown below. The first organic listing appears on the second fold, practically as the last thing the user sees on the SERP. Yet, if you calculate its ranking position using traditional methods, the ones that discard any other element on the page, it is ranked in the first spot.

But what are the chances that the same amount of users will see it as they would with a listing that actually resides at the top of the SERP?

That’s the reason for a weaker correlation between rankings and traffic.

But most SEOs still track rankings in the same old way, even though the SERP has evolved to throw that model on its head.

Let me illustrate this further.

Let’s consider the most commonly used organic CTR benchmark data. According to various research studies, the organic conversion rate breakdown looks more or less like this:

Based on such data, the company could develop various projection models. It could have, for instance, projected the impact of an SEO strategy had the team managed to increase the rankings from below 5th spot to the top three.

Using the model above, the SEO team could have also demonstrated the impact of those changes on the bottom line. Assuming the company’s visitor-to-lead/sale conversion rate, SEOs could reasonably predict the expected number of new leads and customers a change in ranking would deliver.

Of course, your actual organic CTR may be different, and present different opportunities. Similarly, different pages on your site may achieve various click-through rates.

What’s more, all those SERP features have conditioned searchers that there are other ways to get their answers beyond organic web listings. Those web listings, now matter where they appear on the page, have a lot more to compete with for those treasured clicks.

What Should You Do?

Rankings no longer correlate with CTR, and it’s almost impossible to predict the impact of rankings on organic performance.

So is it time to throw out rankings altogether?

Not quite … but we do need to shift how we think about and measure them.

The challenge of the SERPs doesn’t mean you can't evaluate your organic visibility and use it to model the performance.

You just have to use a different approach to do so. It's what we at seoClarity call Visibility Share.

The greater real estate a brand occupies on the SERP (be it as an organic listing or by showing up in SERP features,) the greater search visibility it commands and the more clicks it attracts.

There are a few reasons for that (and for earning a greater real estate in SERPs):

What makes Visibility Share different from every other rank tracking method? It takes into account every single element on the search results page, not only their position, but also their size and potential to draw clicks.

What does Visibility Share give you that traditional rank tracking can't?

Traditional Share of Voice is also broken because it's assumptions are the same as traditional rank tracking. So Share of Visibility is a much more accurate and useful way to assess your "voice" in the SERPs for any of your keywords (and against your competitors).

See the power of Visibility Share with a personalized demo.

seoClarity Visibility Share provides the most valid ranking insights needed for search in 2020. This metric gives users a clear picture of the true visibility of their search positions - completely changing the way we previous thought about rank.

I speak more to this challenge in a podcast with Brent Csutoras at Search Engine Journal on how SEOs need to be thinking differently about ranking.

Armed with the above knowledge, SEOs get a more accurate picture of the value of their keywords and how they stack against the competition, allowing them to further develop strategies to prioritize search features it might be worth capturing, as well as provide a more accurate assessment of what it would take to boost a keyword to the first page.

So, before you panic over the drop in CTR, consider the true visibility of your rankings in your decision-making and prioritization moving forward. 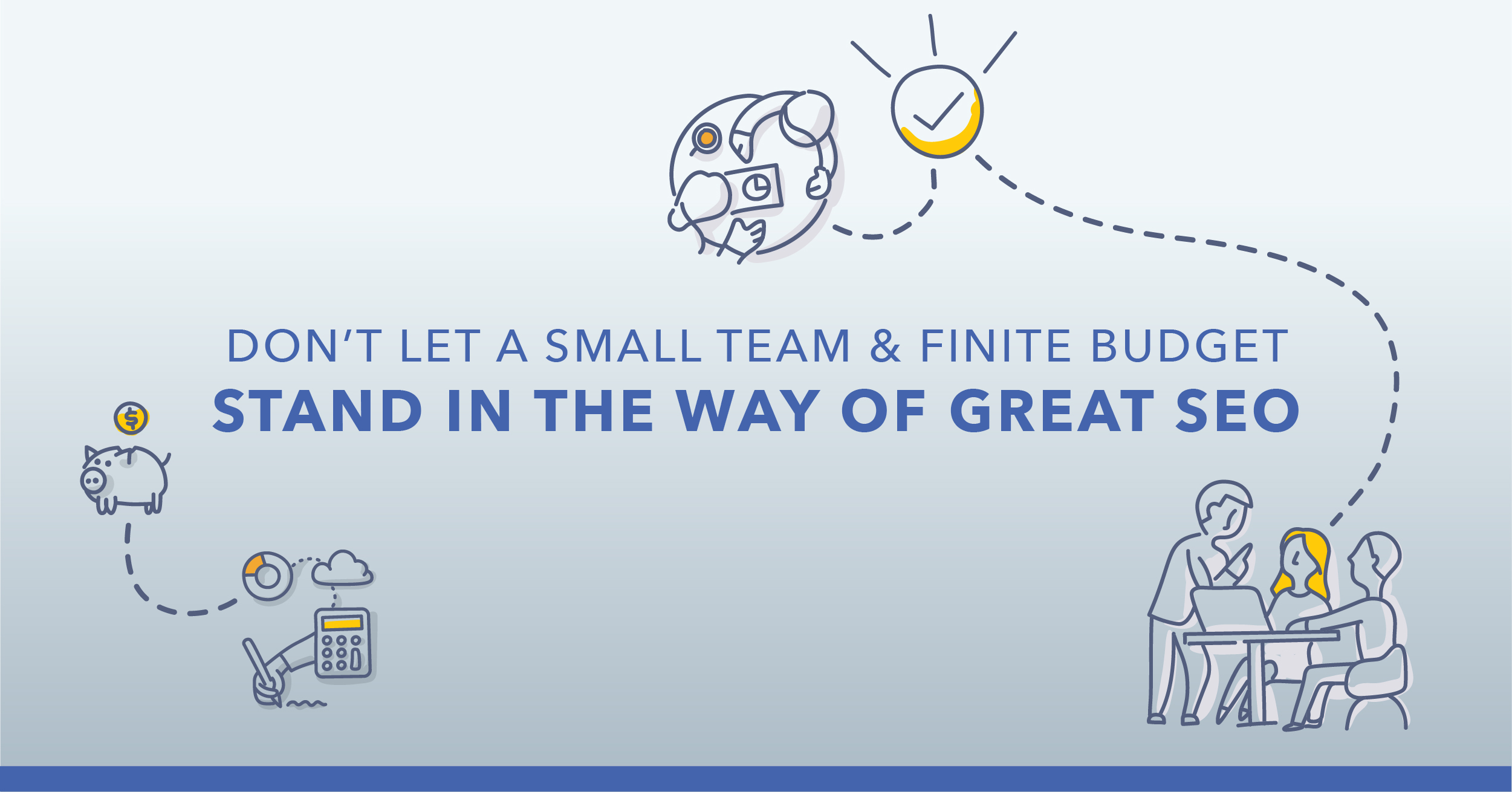 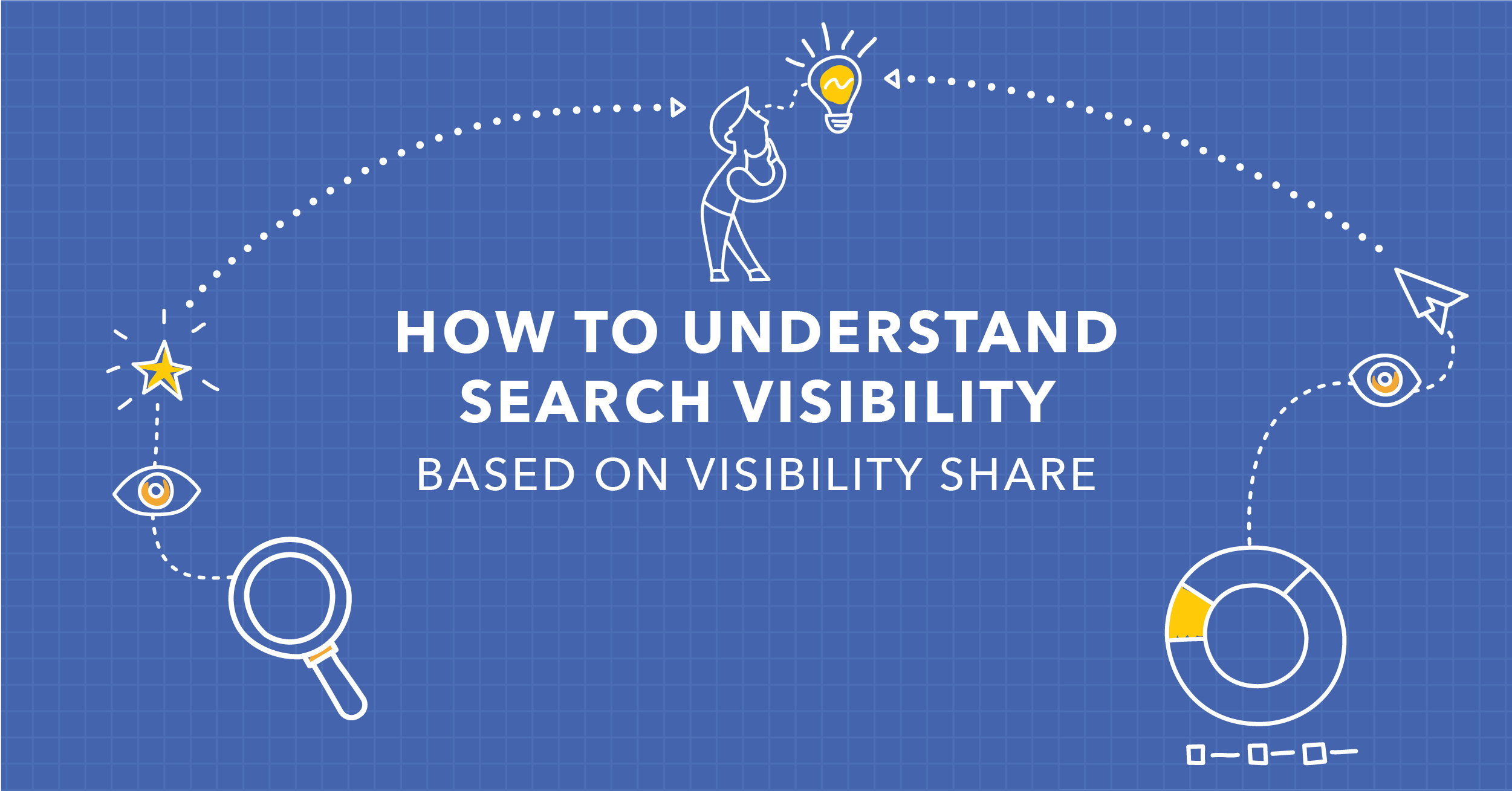