Schema markup is the absolute must-have in today’s SEO strategies.

Now, you can rank a page well without it, of course. However, if you want to stand out in the modern SERP and generate any meaningful CTR, then, you need Schema.

The problem? Well, as many SEOs tell me, they either have no knowledge or resources to implement the semantic markup themselves. As a result, they are forced to rely on the dev teams to do it (which, typically, means not getting the markup implemented for months on end.)

Couple that with the constant changes to the markup and the need to update it on the site regularly, and the frustration many SEOs have with Schema becomes bluntly obvious.

The good news, there are ways to implement the semantic markup without having to rely on the dev team.

Before I show them to you, though, let’s cover some basics.

How Important is the Schema Markup?

I’m often being asked by SEOs about it, and my answer is always the same:

Schema is critical to your SEO success.

Of course, I understand why they ask. Schema is highly technical, and many SEOs wonder whether it is worth investing time and effort into learning it properly.

Well, it is. In fact, semantic markup helps improve your organic search ROI in a number of ways:

How Do You Create Schema Markup?

This is where things get tricky. To be eligible for the inclusion in rich results, you need to markup your site using one of the three supported formats:

JSON-LD is the format recommended by Google, and I’m going to focus on it in this guide.

JSON-LD uses snippets of code that you place within the <head> section of the page’s HTML to markup Schema elements. Here’s a simple example of a JSON-LD snippet marking up a company’s data. 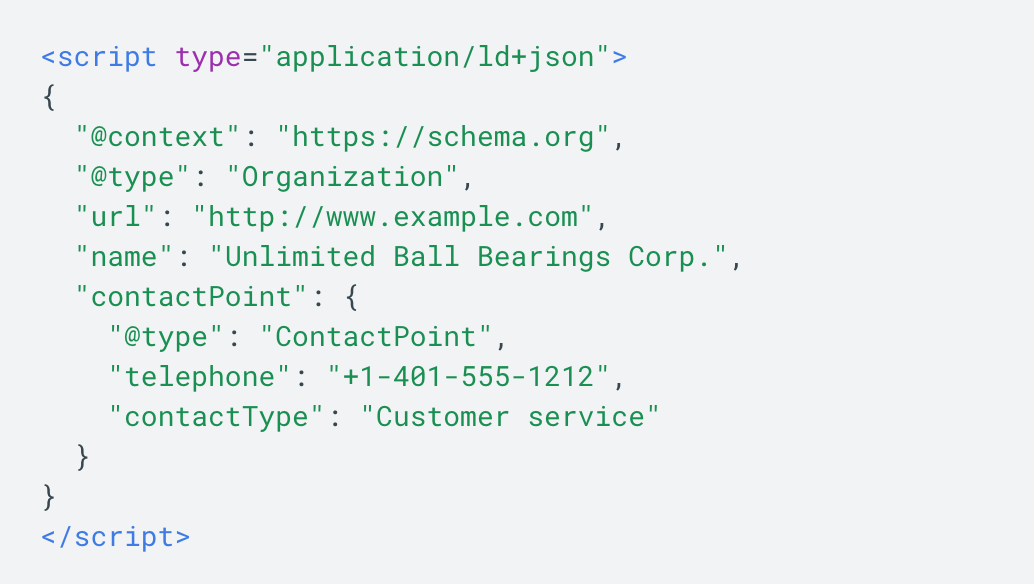 Note, there are two other ways to implement Schema - Microdata and RDFa. That said, even Google recommends using JSON-LD to implement the markup.

And so, to implement the markup on a page, you simply need to create an appropriate code snippet, depending on the type of Schema you want to use.

Normally, this requires physically coding that snippet and pasting it into the <head> elements of the HTML.

Unfortunately, that’s exactly the problem that the majority of SEOs have with:

So, at seoClarity, we’ve decided to help and created a solution that helps you create Schema markup without having to talk to the dev team.

In fact, our solution makes the whole process easier and far less scary to do on your own.

Let’s have a look at it, then.

Looking to perform a full technical site audit? Use this free site audit checklist to guide you through every step of the process, including the information covered in this post.

Before I show you our tool, there is one solution that’s worth mentioning too - Google’s Structured Data Helper. 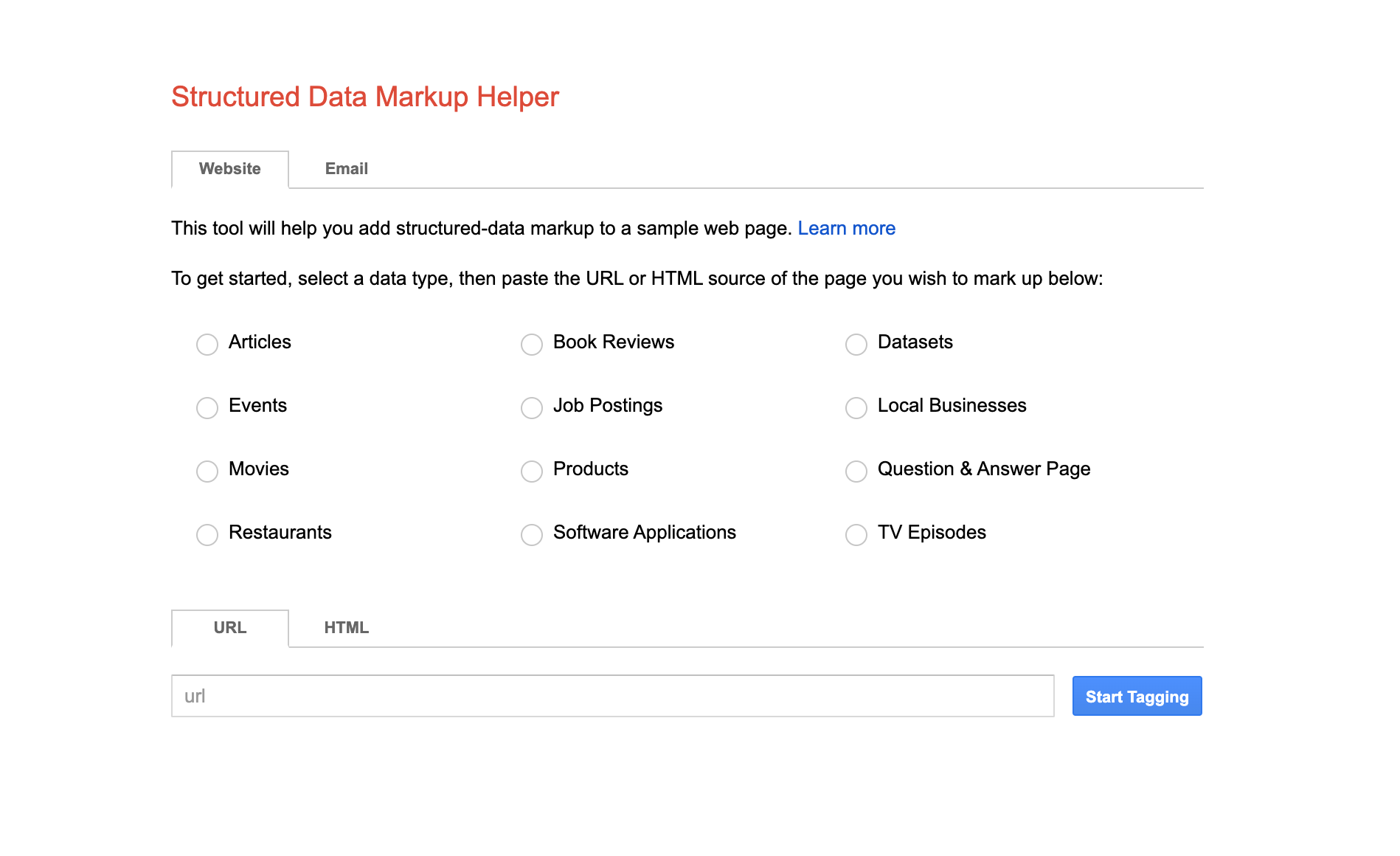 That said, it does not cover all different Schema types available.

The tool uses a simple “highlighter” method in which you select an item on the page to mark up, and verify whether Google got the correct information to include in the code.

The only problem with it is that the generator can work with a single page at a time, making the process of implementing Schema across the site quite cumbersome.

Our solution takes this much further.

Here’s how to use it.

How to Use seoClarity Schema Markup Generator

Once you’ve activated it, you can select which Schema to add by pointing and clicking on relevant elements to define them.

The plugin also analyzes the page, telling you which markup is required and which information is optional.

The tool will also validate whether the text you’ve selected matches the information required.

Once done, you can save the markup as a rule that you can then reuse on any other page that uses the same template. This is a huge time-saver allowing you to mark up other pages within only a couple of clicks.

Finally, you just need to copy and paste the Schema markup the tool generates into the <head> element of the page.

However, if you’re a seoClarity user, you will have an option to automate the process for the entire site.

That’s it. With a handful of clicks, you have applied complex Schema markup to a page.

Many SEOs ask us about tracking results from Schema. Here’s a quick way to do it on the platform.

Combine the Rank Intelligence data with another of our capabilities, Search Analytics to access the Google Search Console Search Appearance Report. The data will reveal how pages with the Schema markup are performing. You will discover whether they show up the Schema in SERP, and combine that with CTR data from Google Search Console to evaluate their performance. 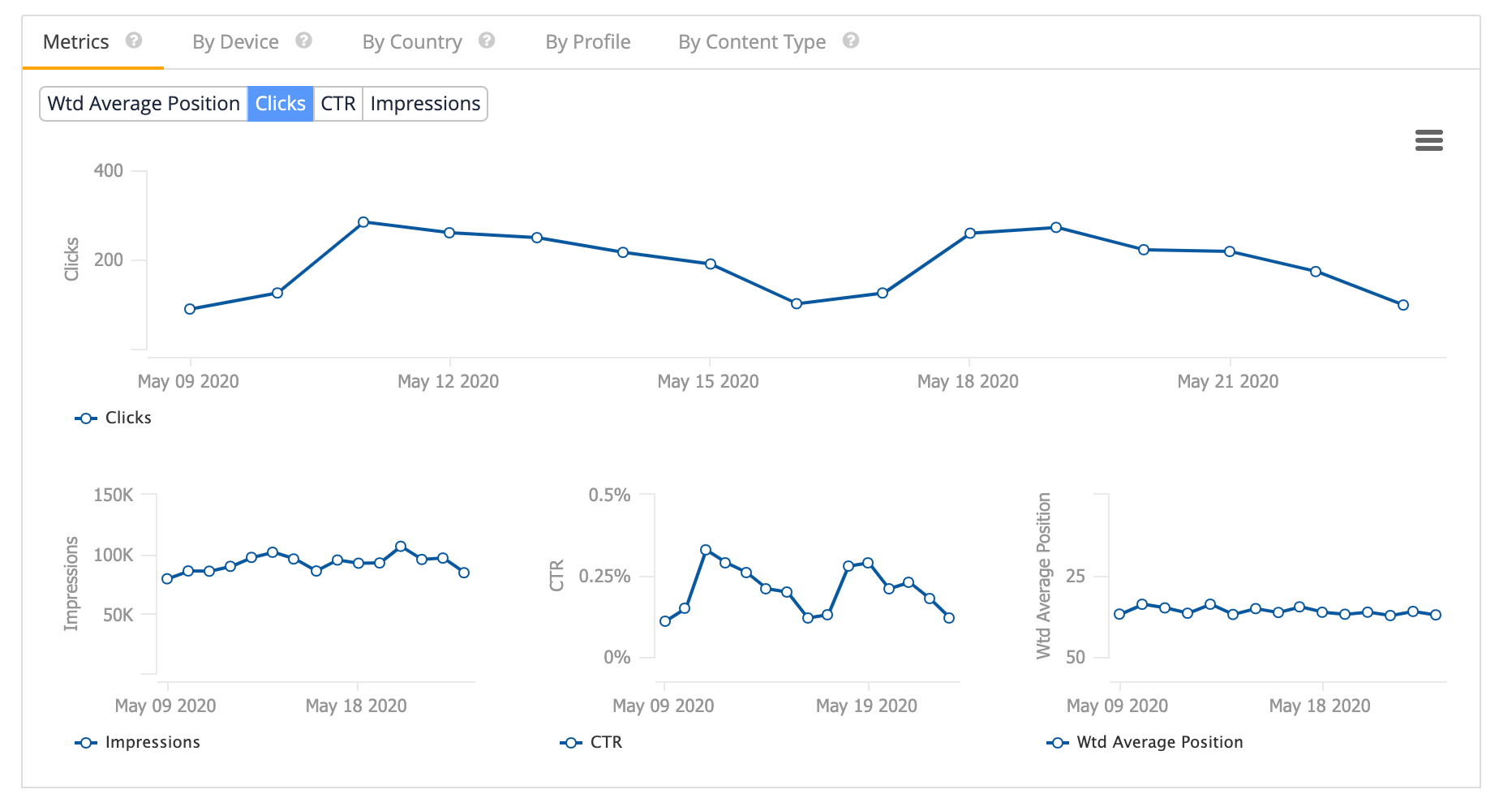 Interested in Seeing the Schema Generator in Action? Book a Demo and Let Us Show You How Easy It Is to Create Schema With It

Tyson Braun
Tyson is a Senior SEO Consultant on the Professional Services Team at seoClarity. He helps seoClarity users plot the best path to success. He has held positions at leading SEO and Digital Marketing agencies as well as internal SEO Manager roles working with top brands in several industries in his 10 years of SEO experience. 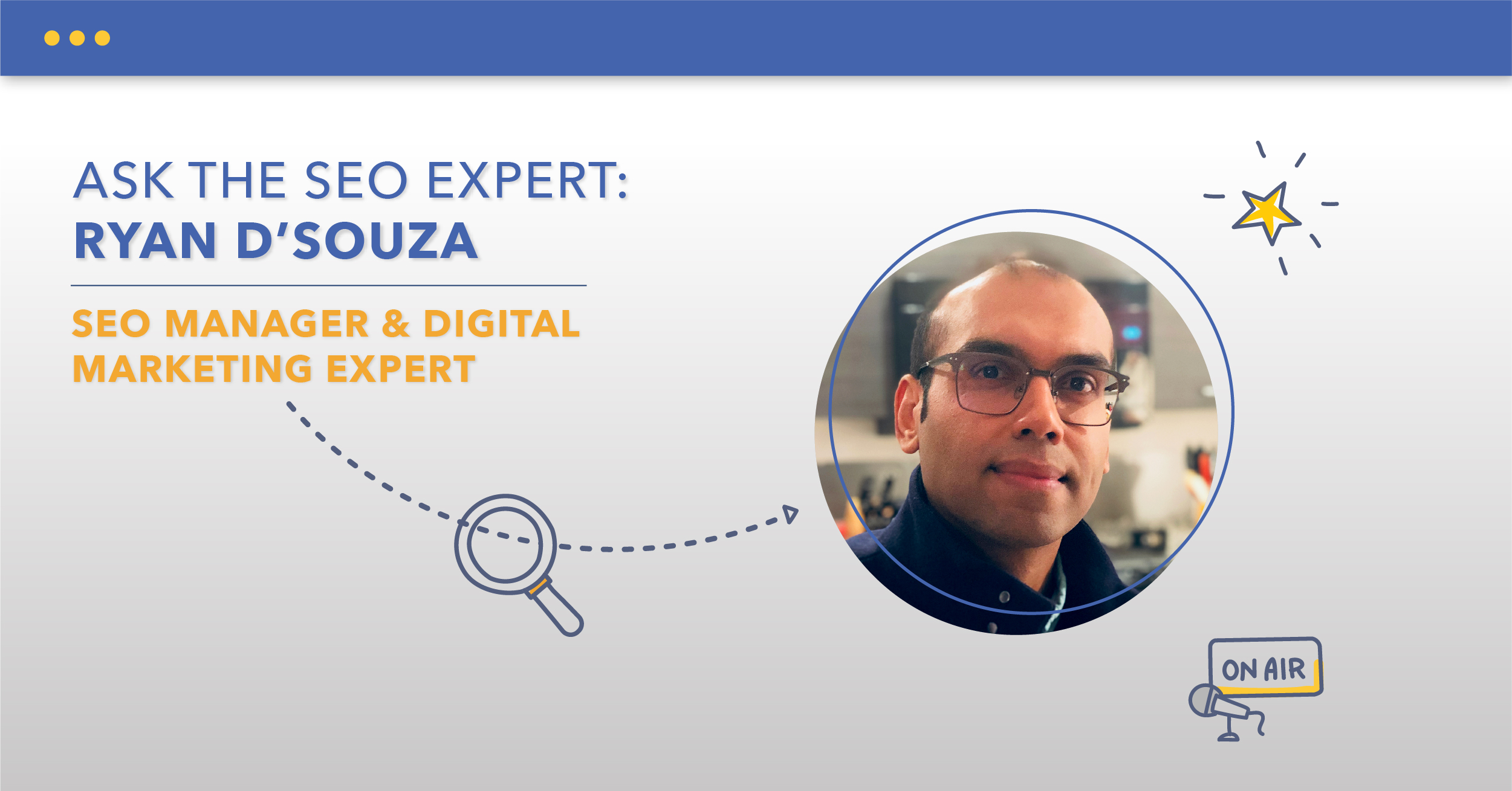 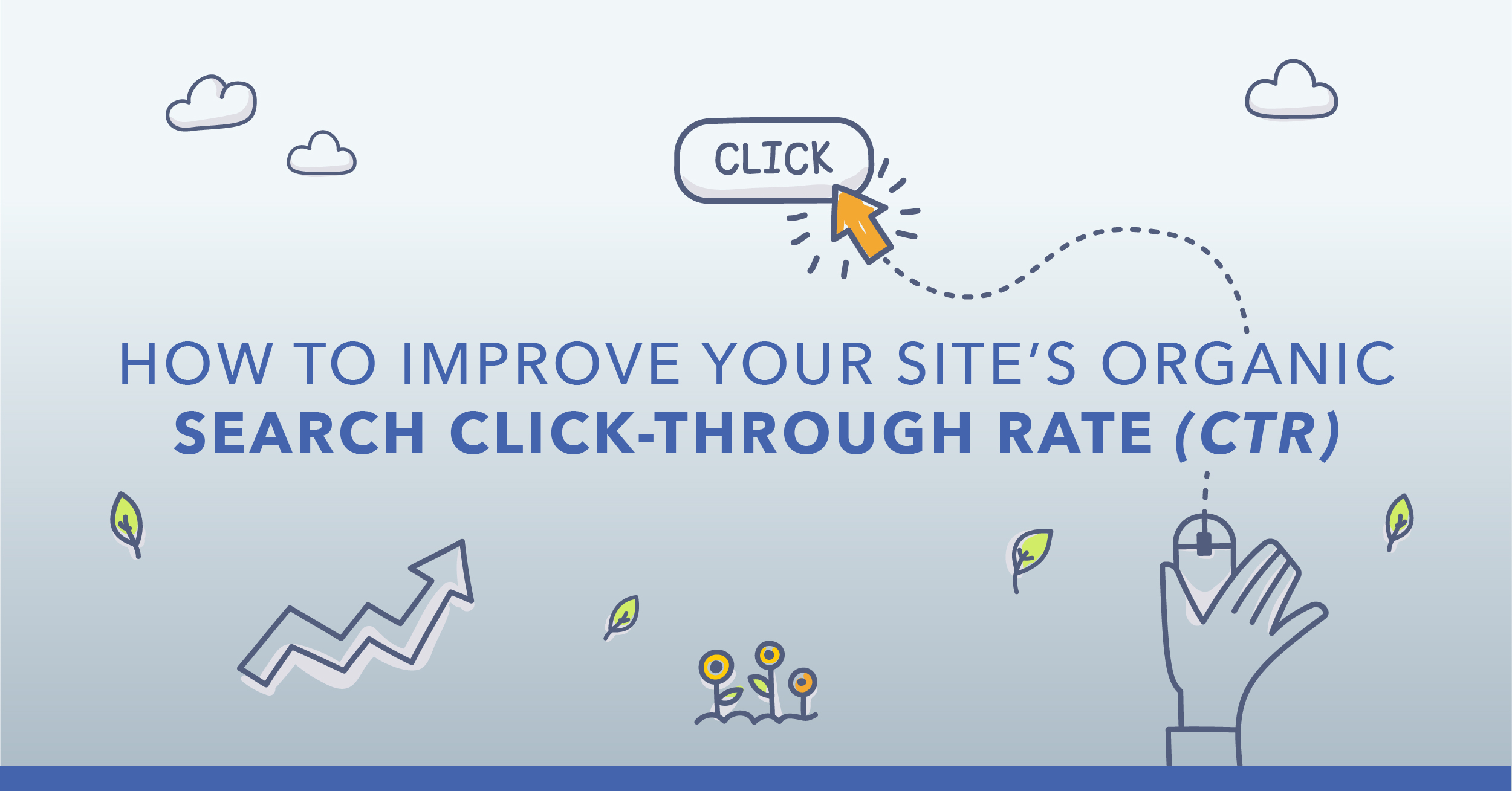