The way that SEOs look at the SERP today does not provide them with the full picture of their rankings.

While the standard blue links used to provide the ranking story 10 years ago, today's search experience is vastly different thanks to updates Google has made, making the SERP more rich with a variety of visuals and features. Users are now seeing different result types competing with the standard organic web link results in almost every search!

Last count, there were 810 different search features we found Google using from our daily crawls of the web. These SERP features tend to be more visual and take up greater real estate than a link and its description diverting attention away from organic links.

For advanced SEOs, that’s a real problem. Why? There is a weaker correlation between traffic and rank position.

Rank tracking and reporting is fundamental to tracking, measuring, and reporting on SEO performance. This alongside traffic and conversion metrics makes it hard to forecast increased visibility and revenue.

The current approach of rank tracking hasn't changed even though the SERP has completely changed in the last two decades. This calls for a new way to understand your visibility on the page that can more closely correlate rankings to actual traffic.

With Visibility Share, we aim to identify how much attention a result receives in the SERP. The more prominent your listing on the page, the more attention you receive. For example, a result that appears at the top of the page would have 100% share of visibility with the percentage decreasing for any result that falls X-number of pixels below that result.

We commonly see Visibility Share being extremely useful in the following ways.

In Rank Intelligence, the top competitors view tells users who has the highest share of voice, based on click through rate, across an aggregate of all of your tracked keywords. This is list of top-ranking domains where your competition also ranks for some of your target terms. In the example below, we see the top ranking domain competitors of an ecommerce retail brand and their associated share of voice. 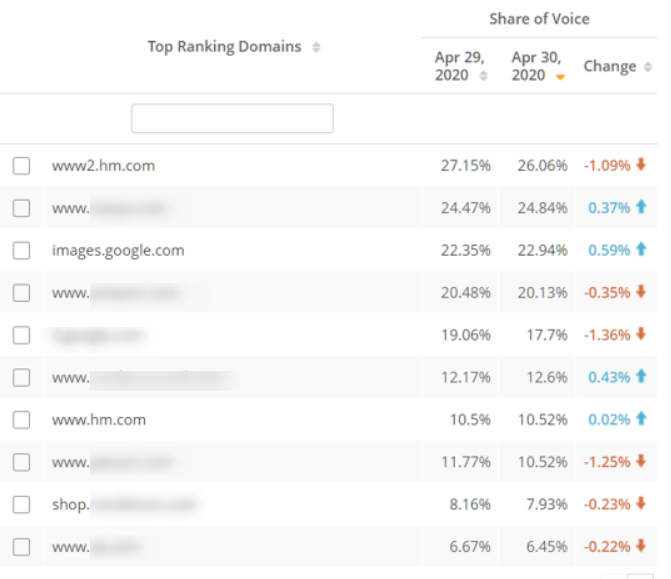 In Visibility Share, the top two competitors are no longer websites; rather, it's features like People Also Ask or Local Listings or paid ads that appear in the SERP that are receiving the highest share of visibility, as shown by the percentage value. 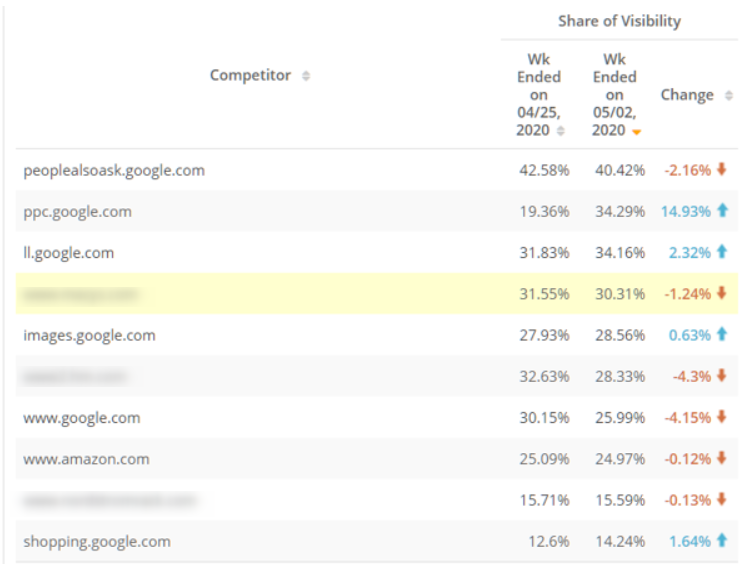 Beyond that, the competitors that are taking up the most real estate in the SERP for this ecommerce brand are Google Images, Google Shopping, and Amazon - to name a few. Where standard rank reporting shows your competitive domains, Visibility Share displays the percentage of visibility you have in the SERP compared to your true competition.

Beyond the fold opportunity, Visibility Share also shows how many results have the ability to show up on page 1 in a search. As I said above, the idea that Google shows 10 blue links on page one has been gone for years. With Visibility Share, users can drill down into how many results really appear on page one for a specific query for their domain.

Using the same retail brand from above in the visual below, we see the target term dresses, for example, appear in 17 elements on the first page. This isn't the standard 10 links - it's almost double the number of results you should expect.

Within Visibility Share, users are able to compare their visibility to that of their competitors week over week. In this visual below, the retail brand in our running example is neck and neck with their closest competitor.

Going one step beyond that, we can see where the retail brand has visibility among a list of their keywords. For brand-related terms, visibility percentage should be near 100% - of course you should dominate the SERP for your own brand! We can also see how this compares to the same competitor's visibility for associated terms.

By knowing the share of visibility in the organic search results, users can make sure they have prime real estate in the SERP based on the pixel height of the result, its location in the fold, and how it compares to competitors.

These critical insights further demonstrate whether or not the domain appears as a small, link-based listing or a larger box-sized result.

It’s obvious by now that organic search results no longer display a simple list of links. From video carousels to featured snippets, the value of rankings has changed significantly. Top positions no longer guarantee impressions and clicks, and SEOs are forced to work harder at vying for their target users’ attention.

Search engine optimization requires agility these days and SEOs must reevaluate their ranking factors by understanding the SERP real estate that their domain covers.

Luckily, we’re making this available to our current clients to test. If you want to leverage all of the above for both desktop and mobile versions of your site and analyze your performance by visibility instead of SERP position, then Visibility Share is for you.

Dustin Duncan
Dustin has been a part of the seoClarity team since 2016. Big on travel, it's his goal to hit all the continents (4 down so far!). He's also big on helping clients understand the seoClarity platform. His favorite platform features are Rank Intelligence and Search Analytics because of their abilities to segment and analyze data at a granular level. 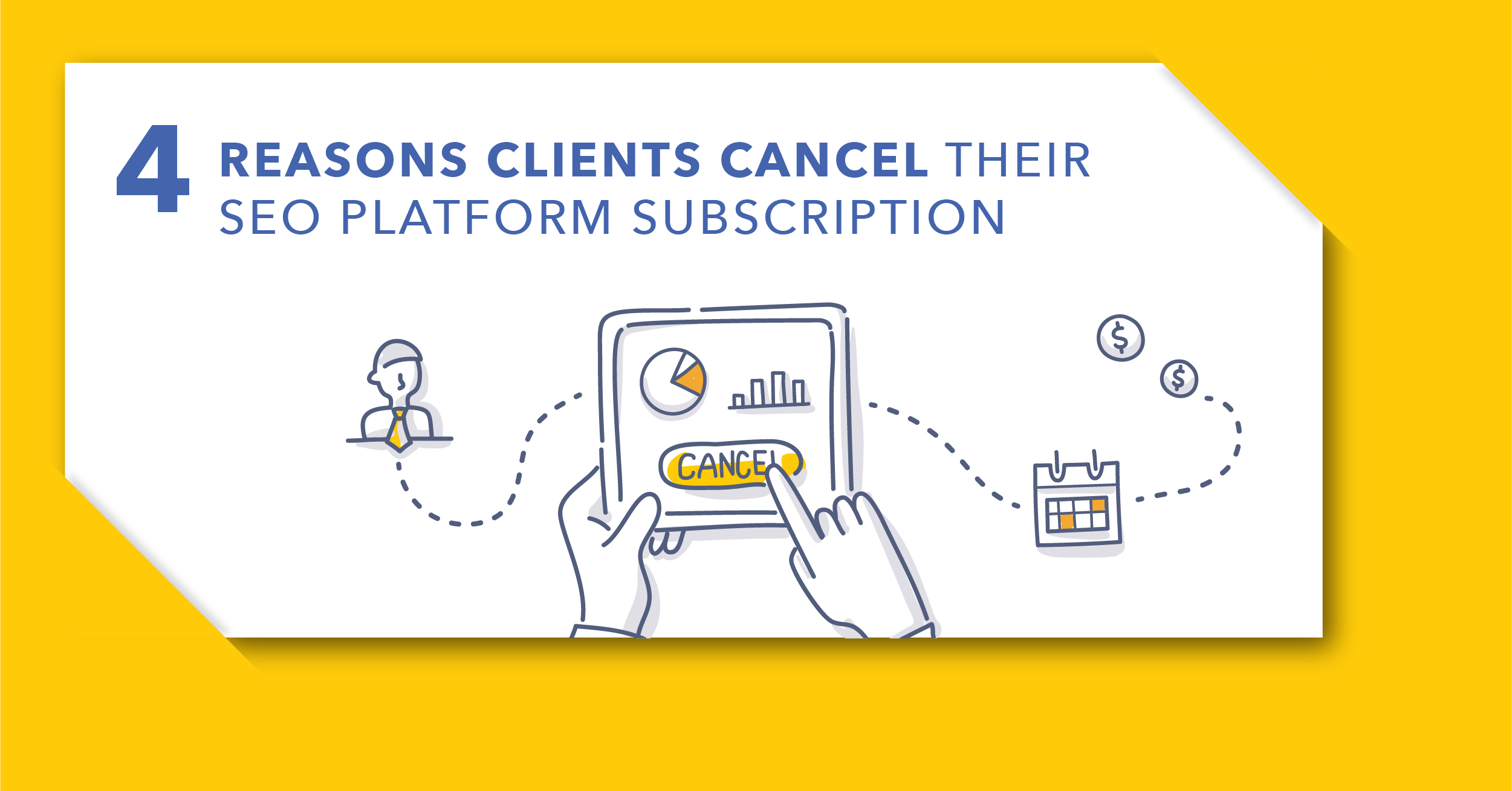