SEO for Images: How to Optimize Images for Search

Not only are image packs larger than they once were, but Google Images has integrated with shopping feeds to allow users to find a quicker path to purchase.

This is great for the user experience, but creates another to-do list item for SEOs.

Needless to say, image optimization may be more important now than it ever has been.

(An Image Pack search result for the query “black hoodies.”)

There are three main components of Google image optimization. Here’s a quick overview of those elements.

Later on, we’ll talk about how to locate any errors and optimize.

An alt tag, also known as alt text, is text that describes an image on your site. Because Googlebot can’t “read” an image, the alt text is in place so Google can still learn about the context of the image.

Each image has a width and height specification that’s part of the raw code itself.

Just as you’re used to with your overall web pages, Google has to be able to crawl your images in order to learn about them.

We’ll cover all of these elements below in a 3-step process:

How to Optimize Your Images for Search

Even the highest quality images can have underlying SEO issues. Here is a three-step process to identify those issues, optimize your images, and report on progress.

Step 1: Identify the Issues with Your Images

If you need to specify your crawler to crawl images, go ahead and do that.

seoClarity users — when you run a crawl with Site Audits, images are automatically included in the crawl.

Here are a few optimization issues that can arise with your images:

Similarly, you’ll be able to uncover if an image wasn’t found in a crawl — most likely signaling that the image is not crawlable. 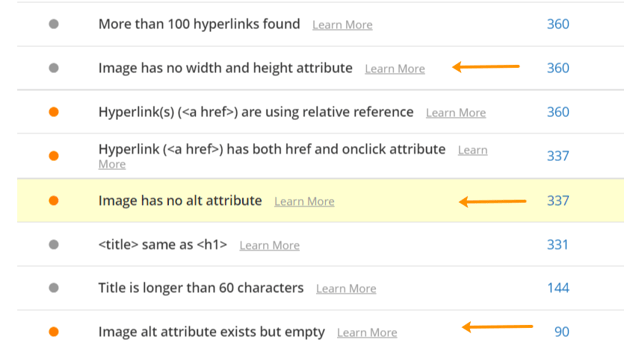 (Issues found in a Site Audits crawl in seoClarity.)

Once you’ve located the issues that exist and on where they exist, it’s time to optimize!

Each element is going to have its own unique solution. Let’s discuss each in turn.

If your image is missing the alt text attribute completely or the attribute is empty, now is the time to add text.

An image’s alt text should be highly descriptive — to the point where it properly describes the image without requiring someone to actually see the image.

It’s a common mistake to use a product name or title tag as the alt text because it’s usually not descriptive enough. However, there are some cases where this can work.

Notice how you can visualize the image in your head just by reading the text.

Essentially, if the image is visually-heavy, you want the alt text to be extremely specific. The goal is to give Google as many signals as possible about what the image relates to.

TIP: Image file names should be descriptive, too. Avoid generalities like “IMG_54.”

An image's size isn't just for practical spacing purposes — Google also looks at images’ sizes to determine which image should consider as the main image for the page.

(The width and height of a particular image.)

One way to find an image’s size is to view the page’s source, and look for width= and height=.

You also want that prominent image to be higher up the page.

TIP: To best optimize your images, you want to make sure that your alt text and image height and width are a part of the raw code of the page to make it easier for Google to understand.

A lot of sites use photo galleries to showcase their images, or allow you to zoom in to a picture. This presentation method is powered by JavaScript, which makes the image hard, or impossible, to crawl.

In this case, you need to have a fallback: make sure the image is set up in the code, even if the page is running on JavaScript. This will allow users to have the interactive experience, while also allowing Google to crawl your images.

TIP: In an effort to keep load times fast, image files should be as small as possible without sacrificing image quality.

Which image format is best for SEO?

While PNG images are higher quality, a JPEG file format is a smaller file size, which can help with page load times.

A smaller file size will do less harm to your overall page speed and Core Web Vitals.

How to Execute the Image Optimizations at Scale

Optimizing your images one at a time is a solution, but this approach just isn’t feasible for enterprise sites. Your site may have thousands of images on it!

That’s where ClarityAutomate comes in — an SEO execution platform.

With a few clicks, you can implement critical fixes to your site, and push them live to both Googlebot and searchers. This is the first no-code solution to fix SEO issues quickly and optimize on-page elements.

Step 3: How to Report on Performance

Once you’ve identified the issues with your images and implemented fixes, it’s time to report on performance.

Reporting allows you to learn from the optimization process and repeat the cycle in the future, depending on the results.

Your rank tracker should allow you to monitor search features like images. In seoClarity’s SERP Features, you can see where the features themselves rank on the SERP, and then where your domain ranks within that feature.

(A domain's respective rank position within the Image Pack.)

You can also uncover top competitors for images specifically.

You can even enter images.google.com as a domain in Rank Intelligence to uncover opportunities, track performance, and more. This is a great way to understand how much of the SERP Google itself owns. 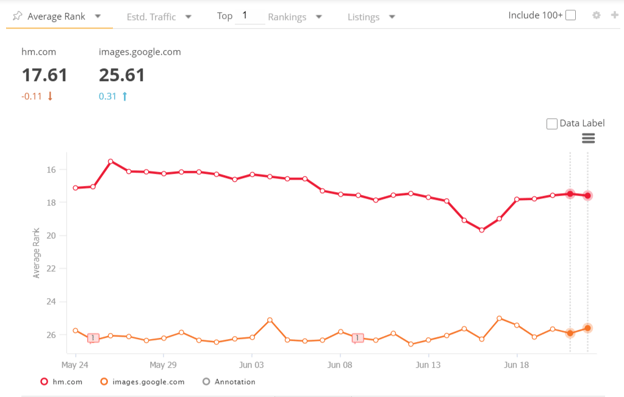 (Enter any competitor domain in Rank Intelligence - even a Google entity.)

This simple 3-step framework for image optimization lets you create a repeatable flywheel for your SEO program: identify the issue, implement changes, and report on the outcome to learn what works.

Aidan McClain
Aidan is a former Content Strategist at seoClarity. 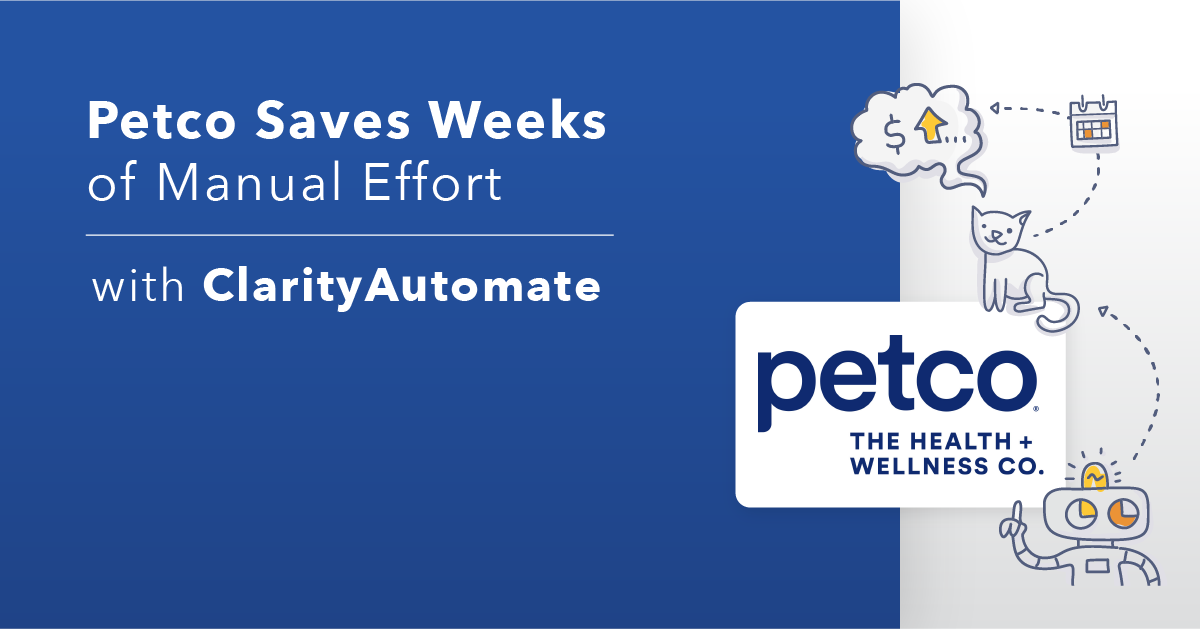 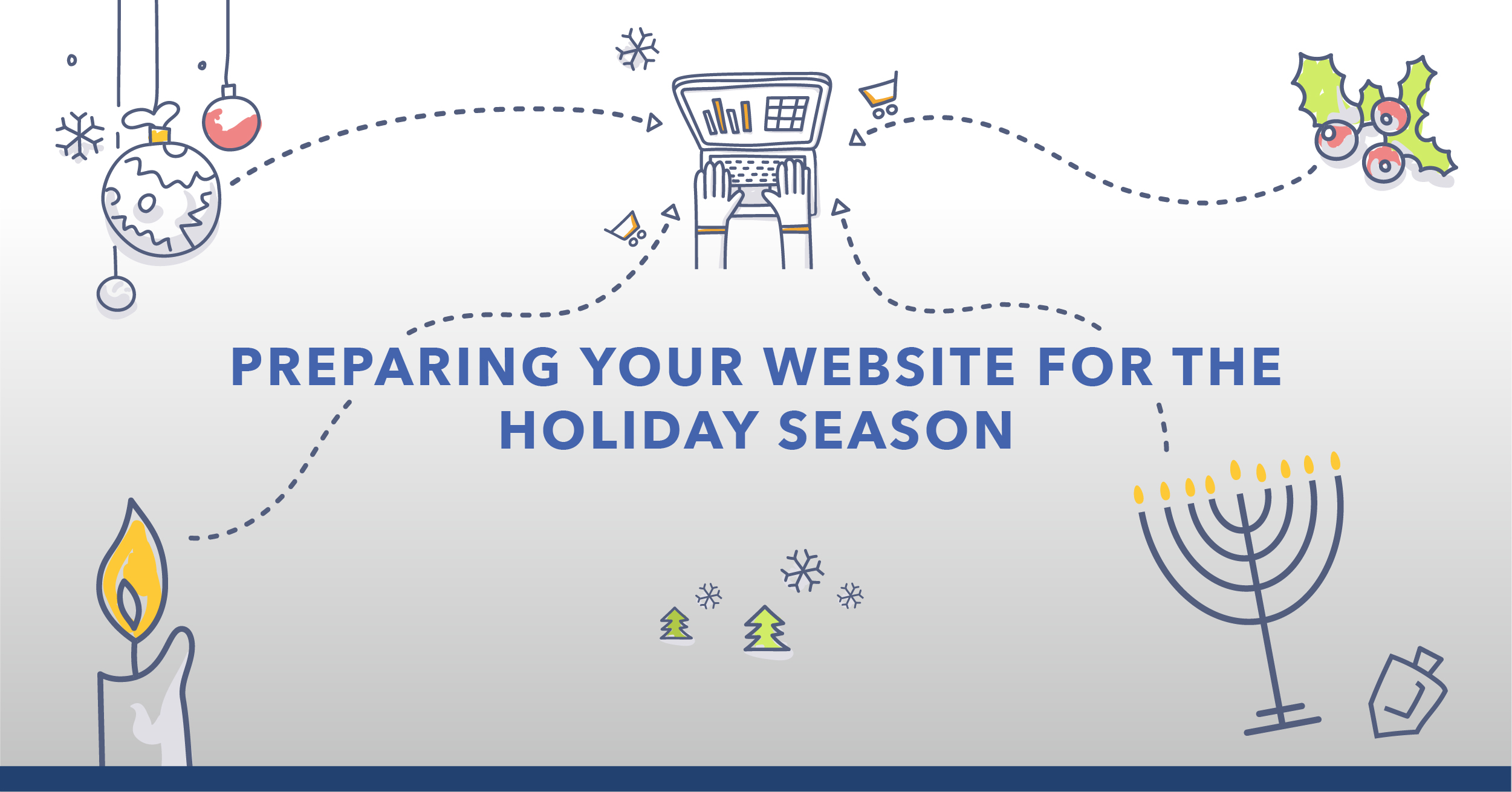