Prior to this change, websites in the Featured Snippet would also appear within the organic results.

According to our research, 95% of the time a URL was shown in the Featured Snippet, it would also appear in the top three results. That means Google would list website that had the Featured Snippet twice on the SERP, making a total of 11 listings on the first page.

According to Google’s Danny Sullivan, the roll-out happened globally for all search queries that trigger the Featured Snippet.

The move – in an attempt to declutter the search results – means that what was once considered position zero is now categorized as position one on the SERP. The webpage may appear a second time on page two of Google, but this is not a guarantee.

To visualize this change, take a look at the SERP for January 22 compared to January 23 for the same keyword: 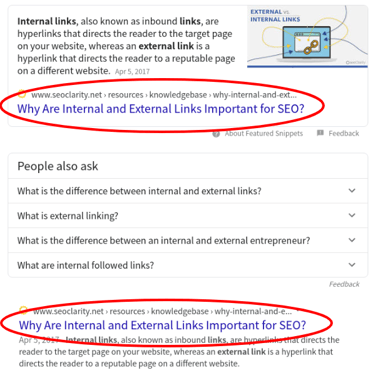 (SERP results for January 22 versus January 23 for the same keyword.)

The change means there is more room for other search listings to appear on page one of the SERP. This is good news for the sites that are in rank position 11, as they will be moved up to the first page. Danny Sullivan expands on the net listings on the SERP:

Google has made other changes recently as well. They’ve rolled out a new look for both organic and paid search on desktop, and they’ve added a popular products section within the organic SERP on mobile.

Our Technical Services & Product Manager Ryan Heuser noticed the same is true for the Twitter pack on the SERP. When a tweet appears in the Twitter pack, a separate link to that tweet no longer appears on the search results page. Or at least not on page one.

This raises the question: What other similar changes can Google announce in the future that will impact rank positions?

Correct, this doesn't happen for video featured snippets, at this time.

How Does This Affect Rank Reporting?

Some rank tracking tools counted the Featured Snippet as position zero, and then possibly assigned a rank position for the second time the URL was in the SERP.

To make sure your historical ranking data doesn’t become a nightmare in comparison, you’ll want to reinstate the ranking as position one instead of position zero.

Within seoClarity, we have always counted Featured Snippets/Answer Boxes as rank position one – irrespective of whether you use Web Rank or True Rank.

This means that if you are an seoClarity client you should not see any major fluctuation in rankings because of this change on Google’s side. If you do see anything, it’s because the rank position changed and you are no longer featured in the Answer Box, and the webpage is now in another position within the results.

For those pages that are NOT in the Answer Box, but hold a position on the the first page, they should generally see a position improvement of one in their rankings. Assuming everything else stayed the same as Google removes the double listing for the URL to the second page.

As for traffic performance for the sites that held the Answer Box and were listed in the organic results, you will have to wait to see what was affected.

If the Answer Box was driving traffic, there should be no changes in traffic because the Answer Box is still at position one on the SERP. However, if traffic was split between the Answer Box and the organic listing, there very well may be an impact. For now, monitoring the performance and data is our recommendation.

Moving Forward: What to Keep in Mind

Based on a lot of chatter on social media and discussion of this update, should you consider an opt-out of Featured Snippets based on the research of reduced click-through rate?

Can't help but wonder if there'll be some cases where SEO is done to remove the featured snippet but maintain the organic ranking (since feat. snippets can cannibalize CTR). Probably an edge case, but still... https://t.co/vRGDOsLrwu

Danny Sullivan points users to Google's Search Console Help Page if they want to opt out of Featured Snippets.

After all, the use of voice search is on the rise, with home devices like Google Home, the Amazon Alexa, and the Apple HomePod.

Or, consider the mobile SERP implication. The Featured Snippet takes up almost the entire real estate before the next scroll. Do you really want to lose that real estate by moving to position two or further down if you added the opt-out to your pages.

Also, we all know that Google wants sites to publish quality, authoritative content they can use in the Featured Snippets. Would they ever penalize because the site opted-out of the Featured Snippets? Maybe not, but it's certainly a positive signal when the search engine awards that number one position regardless of the way it's presented.

Additionally, just as fast as this change was implemented, it can just as quickly change to something else. Here at seoClarity, the team believes the declutter of the SERP is a good thing for users and for brands, so the double listing isn’t likely to return.

However, when you think of the future of search and the user experience, you must consider other potential changes Google can make that would impact your SEO strategy.

How Do I Understand the Impact?

We know, a lot of you are wondering about the impact to site traffic with the loss of that second listing coupled with the fear of lower click-through rates on a Feature Snippet listing. Here are a few steps to evaluate if this has a large impact on your site.

In order to see a list of keywords that trigger the Featured Snippet, your rank tracking tool should provide that. If your ranking tool does not integrate GSC or Google Analytics data, you will need to monitor the traffic data within GSC or your site analytics tools for those pages.

seoClarity analyzed 2.1 million keywords to check the count of unique domain ranking in the top 10 results and how that changed from January 22 to January 23.

Next we decided to look at the traffic implications for the change in the extra listing on the SERP. Many sites and SEOs throughout the industry that loath the Featured Snippet position because of the perceived lack of click through on those listings.

We did a comparison of January 15 through January 16 and January 22 to January 23 to see what the traffic impact really was. For the pages and keywords to be in this study, they had to have greater than 2,500 search volume and the page had to have a consistent organic traffic flow and the URL was featured in the Featured Snippet for the entire 14 days.

Here's a summary of what we found:

Additional Updates to the Featured Snippet

All marketers know that Google is constantly updating and evolving. In summer 2020, another Featured Snippet update was announced: clicking on most Featured Snippets will take users to that specific portion of the webpage, with the applicable text highlighted.

As we have done with AMP pages since December 2018, clicking on a featured snippet now takes users to the exact text highlighted for HTML pages, when we can confidently determine where the text is, for browsers that support the underlying technology….

The URLs of these pages includes extra parameters. A Search Engine Journal post mentions that you can recreate this highlighted text effect on your own webpage by replicating the parameters.

Google also points out that this happens automatically — no markup is required.

How to Measure Your Answer Box Opportunity in seoClarity

Is capturing the Featured Snippet a part of your content marketing strategy? If so, then we have a dedicated Answer Box Opportunity feature that you'll love!

It's all laid out in our 6-step approach to building a Google Answer Box strategy. We'll see you at the top of the Google SERPs!

Google’s Featured Snippet update may very well result in ranking and traffic changes for your search listings. To get a full understanding of the change at hand, monitor data in the time ahead to see precisely what changed with the update. 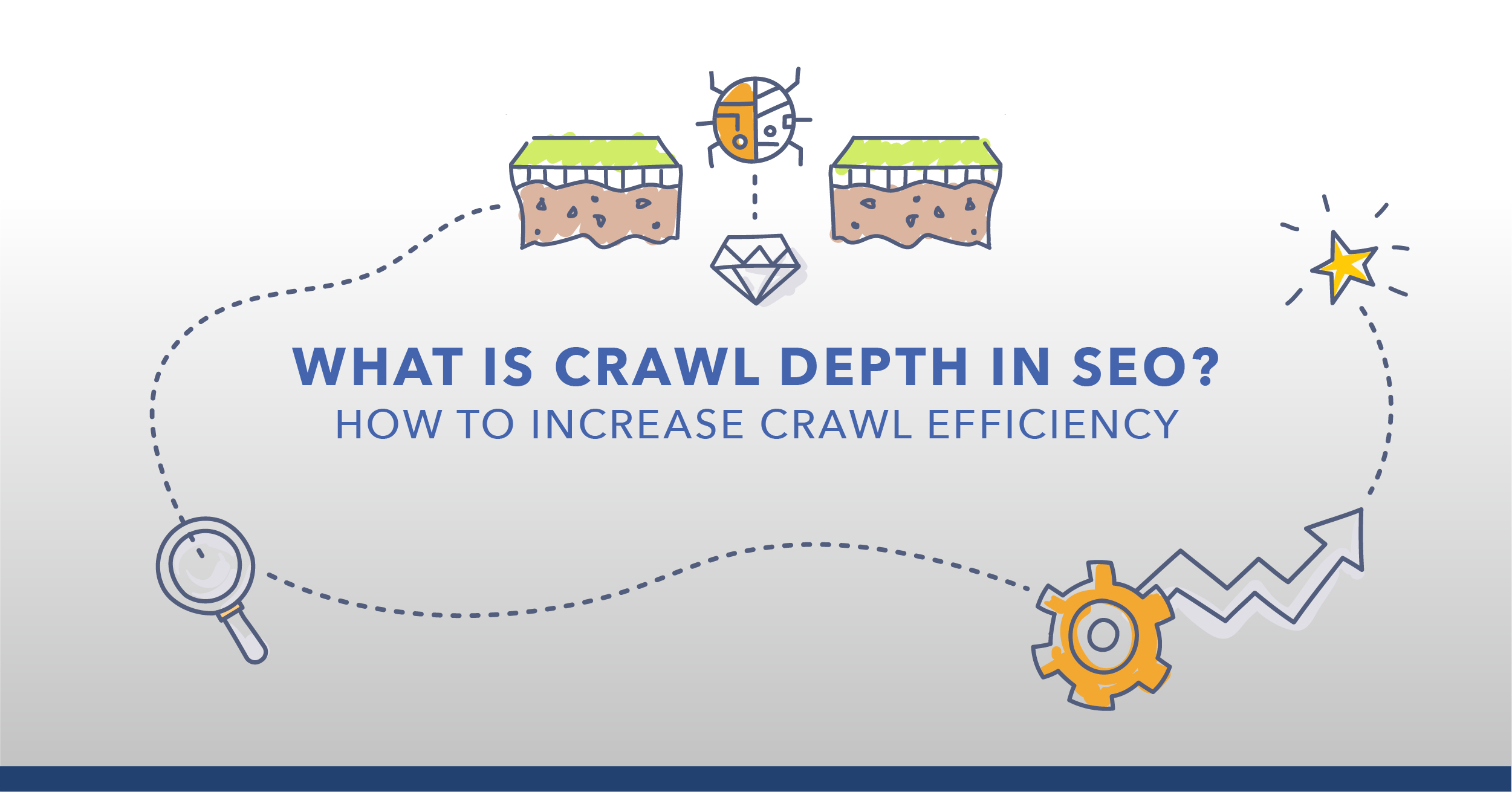